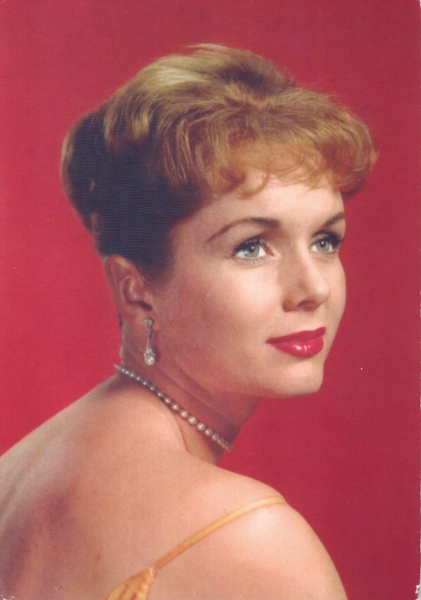 American actress and singer Debbie Reynolds is celebrating her 80th birthday today so this seems like an excellent occasion to post this vintage Italian postcard featuring the film star as she looked in the 1960s, when she appeared in a series of successes, most notably perhaps the 1964 movie The Unsinkable Molly Brown, which earned her an Academy Award nomination for Best Actress.

No.97 in a series of Hollywood portraits printed in “Rotalcolor” from a Kodak Ektachrome photo by prolific Milan-based publisher Rotalfoto, the uncirculated postcard is undated, but the reverse of the card carries a few clues as to when it was issued: the company's distinctive logo – a scroll with the name Rotalfoto wrapped around a globe - includes the title “Rotalcolor” written above it, an extra detail which was added to the insignia during the late 1960s.