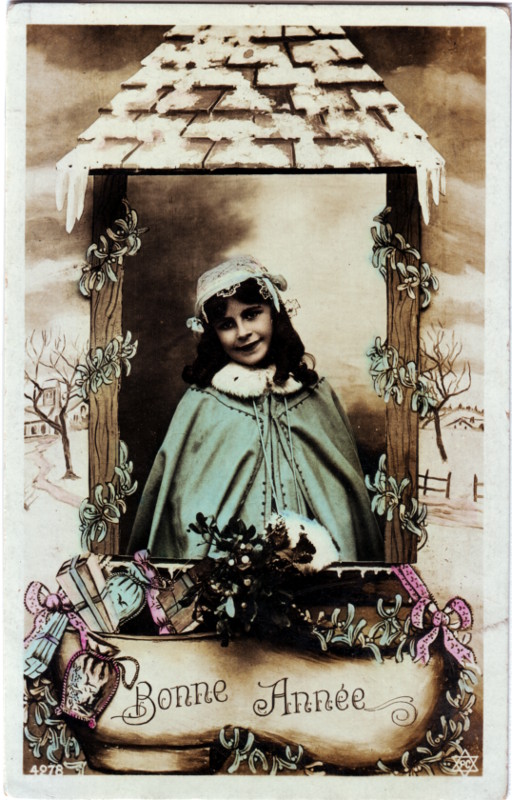 Anybody with even a passing interest in collecting vintage postcards from the early 20th century will have certainly come across an image published by the PC of Paris studio at some time or another; an enormously prolific company, PC of Paris was well known for its erotic nudes, as well as rather more innocent scenes such as this delightful New Year's Eve greetings card from the Golden Age of postcard production. This card is a little different, however, in that the publisher logo in the bottom right hand corner of the card – the initials PC inside a Star of David – is unlike the usual PC of Paris insignia which places the initials inside a circle and includes the name of the city. Very mysterious – it may be that this is an entirely different PC!

Regardless of the publisher, this hand tinted real photo postcard with hand painted additions of mistletoe and snow decorations, is a real gem. It was never posted, although it carries a new year's message on the reverse and was presumably delivered by hand. There is no date, but it was most likely issued during the 1920s or early 1930s.

Christine H. said…
I should probably pay more attention to the publishers. whatever the case, this is a lovely image.