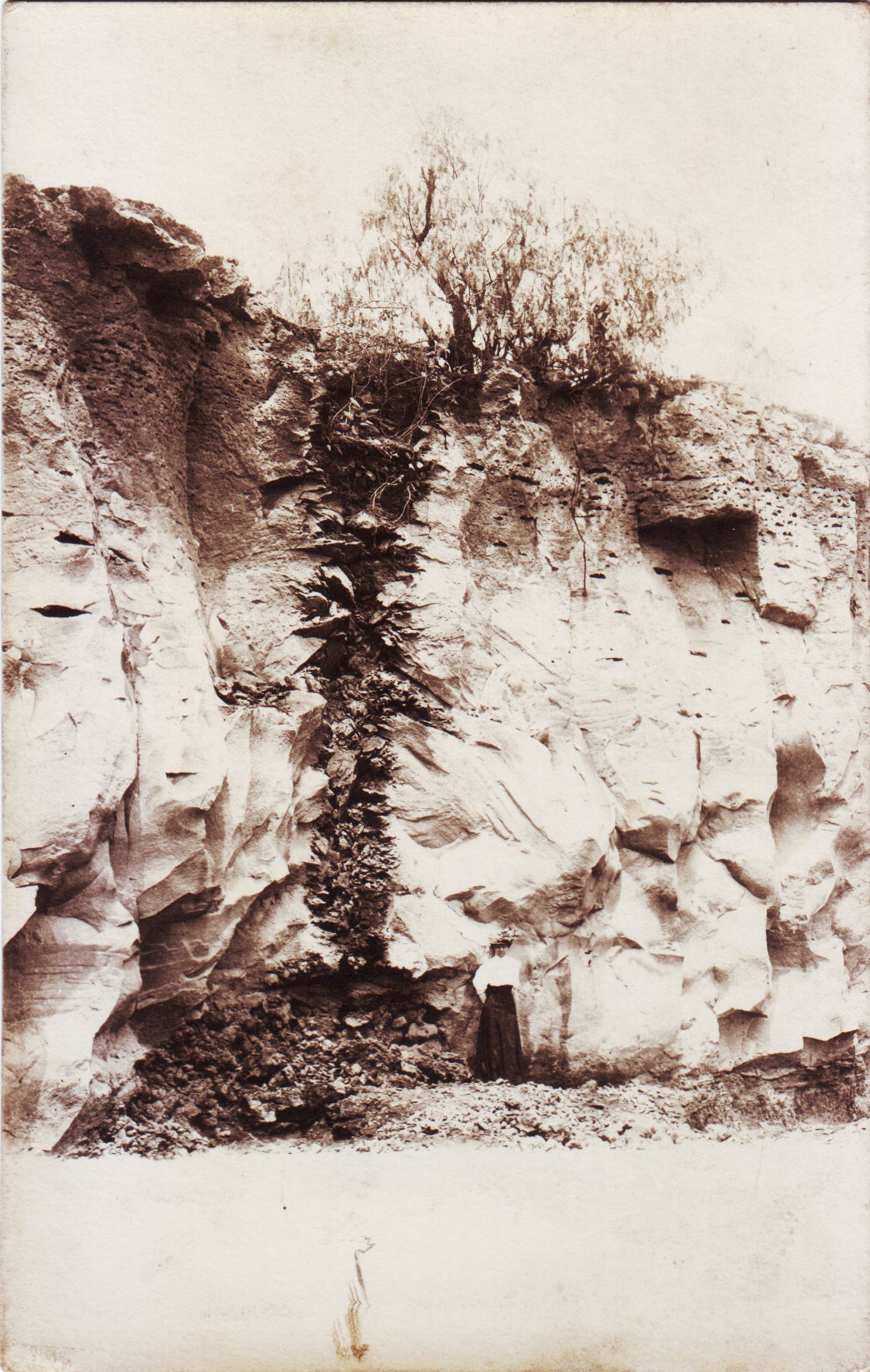 This uncirculated real photograph postcard must surely rank as one of the most mysterious in my collection. The postcard has a standard divided back and a distinctive Kruxo stamp box on the reverse with clubs in the corners, which dates the card quite precisely to 1909 and tells us that it was printed on photographic paper made by the Kilborn Photo Paper Co., of Cedar Rapids, Iowa, one of the lesser known early pioneers in the photographic industry. The actual event recorded on the postcard is unknown, however. The postcard was probably never intended for mass distribution, but was meant instead, to record a local event or landmark. Which brings us to the million dollar question – where was the photograph taken?!

I've posted this image in a very large format – if you click on the image above one can view it much larger. It shows a woman posing beside a strange rock formation – either a landslide of sorts, or even the passage of lava after a volcanic eruption (this was suggested to me by the chap who sold me this card on a market stall here in Rome) - certainly, it was a noteworthy local geological phenomenon. I assume the photograph was taken somewhere in the United States as I've only ever seen Kilborn paper used on US images, but other than that I'm at a loss. 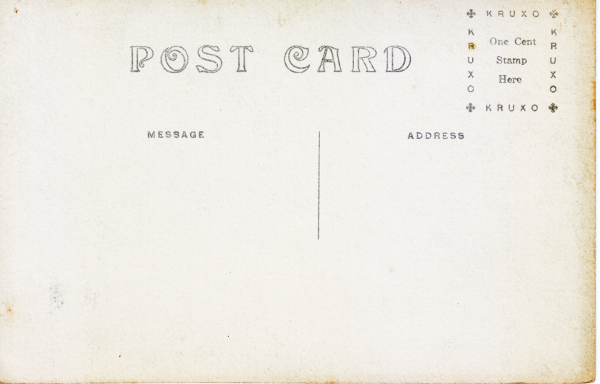 As luck would have it though, it's Postcard Friendship Friday so I though I'd throw this question out there – if anybody recognises the location or has any other thoughts I'd love to hear from you in the comments below!

Paul van Yperen said…
Fascinating postcard. I had to click to see the lady, but that made it all the more mysterious. Wonderful post.
October 29, 2010 at 6:24 PM

Christine H. said…
There must be a resident Geologist around here somewhere. It is very mysterious - and another reminder to me to label the backs of photos.
October 30, 2010 at 1:36 AM

Sheila @ A Postcard a Day said…
Intriguing! I can be no help I'm afraid, but it looks like a gap/fault in the rocks which has become filled with debris over time. You can tell I'm no geologist. :) Maybe Viridian will pass by this way.
October 30, 2010 at 12:26 PM

viridian said…
Here I am but I don't think I can add much. this reminds me to properly my field photographs! I wish I knew where this was.

The main light rock is massive, and without layers. I think the crack with dark material formed from material coming from the bottom up, not top down. My best guess is fluid or gas plus fluid, under pressure, moving with force from the bottom to the top, fracturing the rock along the way. Later alteration has turned this area dark and weak. Note some pieces have fallen down.

Beth Niquette said…
Wow--I wish I knew--that is just fascinating. It almost looks like some kind of fault line.

LiT Web Studio said…
wow - material coming from the bottom up, not top down...i hadn't thought of that...

Joy said…
Fascinating and curious. I can't add anything, obviously a local curiosity, you have the clues, lets hope someone somewhere has the answer.
October 30, 2010 at 7:55 PM