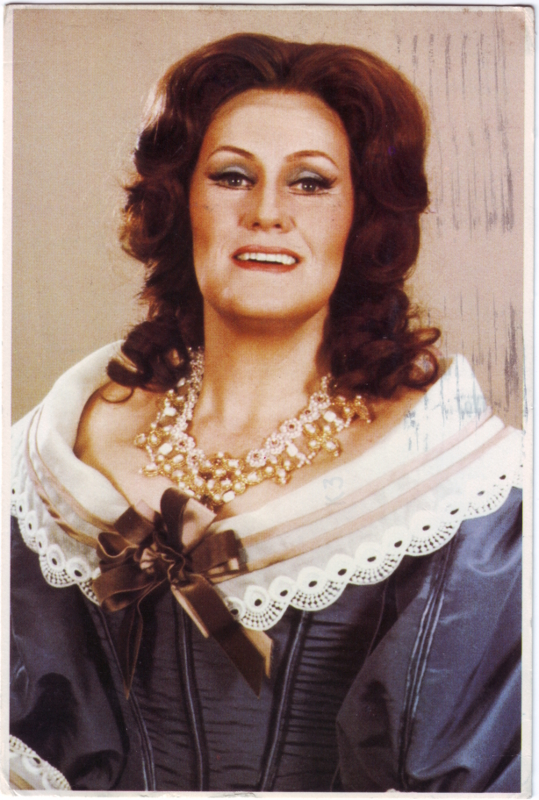 Some very sad news appeared on the Internet yesterday when it was announced that Australian opera singer Dame Joan Sutherland – alongside, Callas and Pavarotti, one of greatest operatic voices of the twentieth century - had died at the age of 83 at her home in Switzerland.

This vintage Metropolitan Opera Guild postcard from 1979 was published for the benefit of the Metropolitan Opera in New York and depicts her as she appeared in the role of Elvira in Bellini's I Puritani in the 1976 production at the Met, in which she starred alongside Luciano Pavarotti, Sherrill Milnes and James Morris, with Richard Bonynge, the singer's husband, conducting. Remarkably, she would reprise the role again in 1986 to celebrate her 25th anniversary with the company, an incredible vocal feat considering she was by then a 60-year-old soprano. No wonder that she was known as “La Stupenda”!

Listen to her below singing Vien diletto in celo luna from the Second Act of Bellini s I Puritani at the 1976 Metropolitan staging or click here to listen to the track on YouTube.