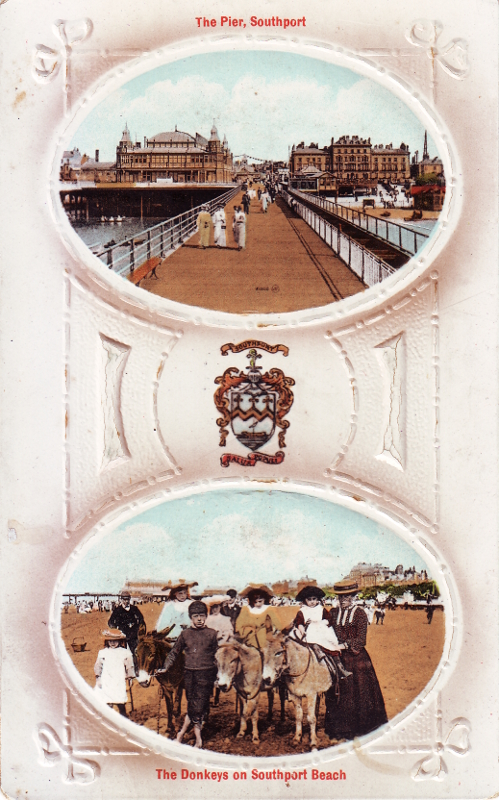 This gorgeous embossed postcard is a classic British seaside souvenir. Whilst embossed postcards from the early years of the last century are reasonably easy to come by, this was such a fine example that I couldn't resist it! The gelatin finish is highly glossy and has remained very well preserved over the years, with only a little cracking in small parts of the embossed frame. The card was issued by Valentine’s Co. Ltd, a family run business founded in Dundee, Scotland by James Valentine in 1825. The company expanded to London, England and was at one time hugely successful until business eventually dwindled after several generations and they closed their doors in 1963. Often recognisable by a large "V" symbol on the reverse, this postcard was part of their Valentine's Series and carries no logo.

Being an uncirculated divided back postcard, I found myself with very little to go on as regards dating the card precisely, until I stumbled upon a wonderful online resource currently being compiled by the University of St. Andrews Library - the monochrome James Valentine & Co. image archive. Through this archive I've been able to track down the dates of the photographs used in this card!

I just love the incidental details in these scenes – the donkey riding girls are actually riding side-saddle! The pier quite clearly has a wooden walkway and a railtrack, presumably used to carry the tram which still runs to this day from Southport to the pier head. Southport Pier (now situated in Merseyside) was designed by James Brunlees and first opened in 1860. A Grade II listed building and Britain's second longest pier at 1,112 metres (3,650 feet), amazingly this relic of Victorian times risked being demolished by the local council in the 1990s! Thankfully, this decision was overruled by one vote, funds were found and the pier was restored to its former glory. 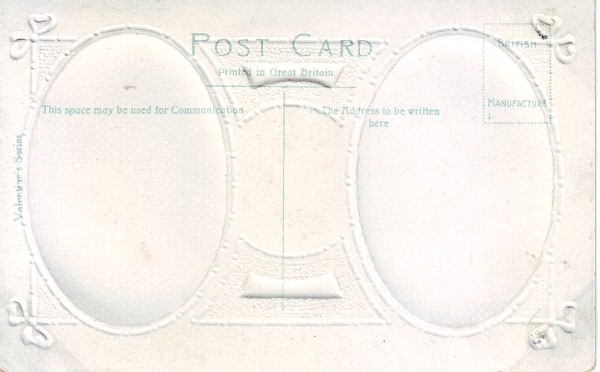 dakotaboo said…
Lovely postcard and write-up. We still seem to have plenty of piers remaining in the UK but I've not seen a donkey ride on the beach for some years now.
September 8, 2010 at 3:24 PM