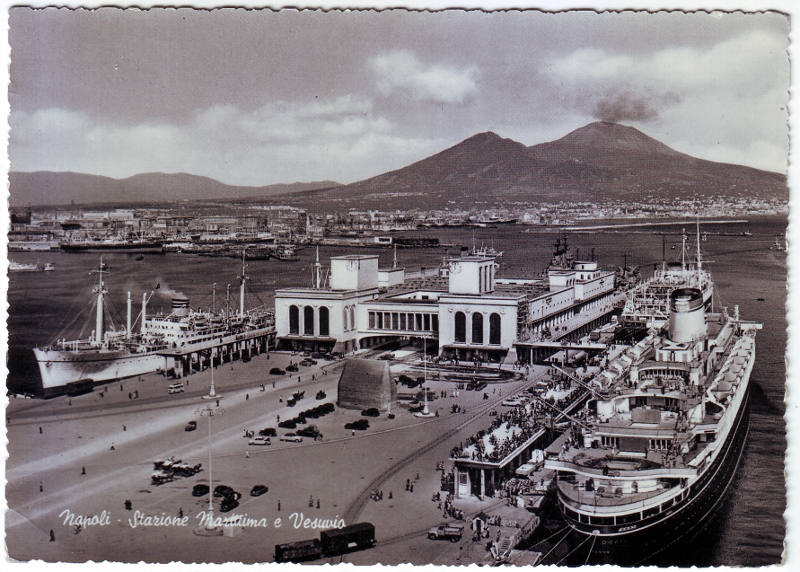 Earlier this month the eruption of the Icelandic volcano Eyjafjallajökull and the subsequent cloud of ash which drifted across the airspace of much of Europe brought international air travel, quite literally, to a stand still. History, of course, is full of famous volcanic eruptions, but that of Mount Vesuvius in AD 79 that led to the destruction of the Roman cities of Pompeii and Herculaneum and the death of between 10,000 and 25,000 people, is one of the best known in the entire world. Extraordinarily, the lost city of Pompeii was rediscovered in the 16th century and the excavated city (a UNESCO World Heritage Site) is now a window through time to the interrupted lives of its inhabitants who perished under the volcanic ash so long ago.

One of most worrying things about Mount Vesuvius is that it sits on the Bay of Naples and is only 6 miles east of Naples itself, a densely populated city. Potentially, over 3 million people might be affected if Mount Vesuvius blew her top again! Thankfully, there have been no eruptions since 1944, but this 1950s real photograph postcard of the Maritime Station of Naples has been doctored to show Vesuvius billowing smoke in the background! The station itself was variously built and rebuilt from 1933 to 1946, starting first with works by the Fascist regime, which were completely destroyed during war time bombing, until the new Italian administration during post-war reconstruction decided to rebuild it exactly as it had been before.

This scalloped edge postcard is uncirculated, but from the look of the steamships and cars I'm guessing that it was issued during the early 1950s. It was printed by a local Neapolitan firm called Renza situated on Via Maddalena.

Beth Niquette said…
I have always been fascinated by that lost city and the lives of its people. Such a tragedy--and frozen in time.

This is a VERY interesting postcard.

Paul van Yperen said…
Like Beth I have a fascination for Pompeii. As a kid I saw an exhibition of the remainders of the city and was horrified by the idea of all those people drowning in lava. But like a great philosopher of the lowlands once said: every bad thing has a good thing. Now you can time-travel when you visit Pompeii: walking through a Roman city of 2 centuries ago - an amazing experience. Happy PFF.
April 30, 2010 at 10:34 PM

Clytie said…
I watched a PBS documentary on Mt. Vesuvius a couple of months ago. It was very tragic, and there is so much more to the story.

I wonder why they doctored the mountain in your postcard? Maybe that's what people expected to see?

Postcardy said…
I was just reminded of a model of a volcano I made in grade school! I wonder what else is lurking in the depths of my memory.
May 1, 2010 at 12:34 AM

Sheila @ A Postcard a Day said…
It's amazing how often people do settle near volcanoes. I was in a museum the other day which had collections of ash from various volcanoes and it was quite thought provoking.